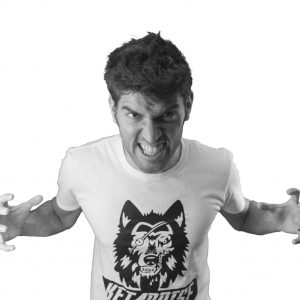 KetaNoise is a DJ and Producer from Bergamo (ITA). Being introduced with the sounds of Radium (Audiogenic ) in 2007, KetaNoise immediately fell in love with the true Frenchcore sound and started experimenting.

After some unofficial release, in August 2012 KetaNoise came out with his first EP on ‘Headfuck Records”
with ‘Ketamine for your ears”, then another EP still on Headfuck labeled ‘Ultranoise”. After a year of hard work ketanoise is on the scene,
proud to present his new tracks with the biggest one ‘Audiogenic Records” that has been produced under the name ‘Reborn E.P”.

From there on, he has brought a lot of new productions on label as Not Easy Tunes and Chosen Few Records, and international collaboration with many artists and MC’s.

Pump Up the Volume and turn on bass Frequency !
In 2017 Ketanoise joined Square 1 Agency and started to work with them on more new projects.